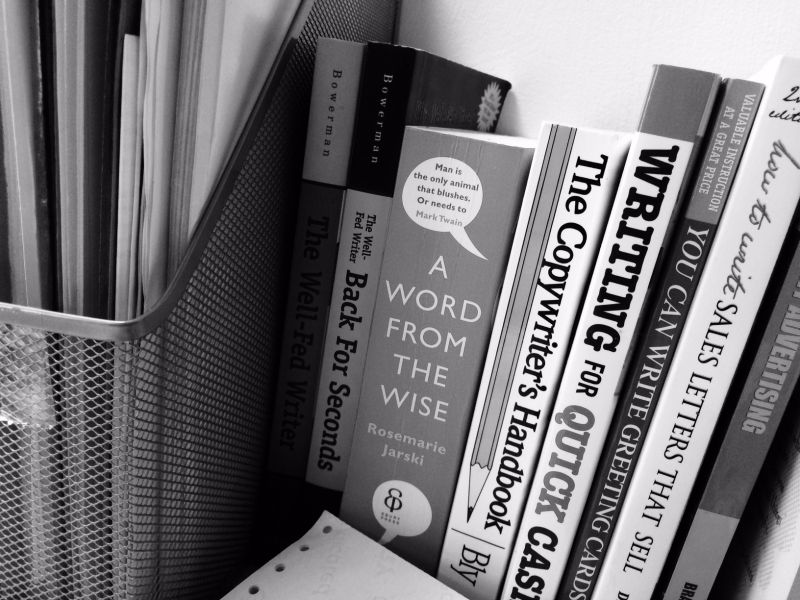 The copywriters’ support group that we started six years ago has been meeting once a month for around six years now and the core members have come to know each other quite well.

We also have our own LinkedIn group which helps us communicate our discussions with those who may not have been able to attend the physical meeting.

When I was looking at the membership of the group the other day, I was struck by what a disparate bunch we are.

One of our number is a university professor who has been running undergraduate PR and copywriting courses for many years now. He’s well qualified in his field and he’s produced a number of professional publications.

David, another member of the group, is also a highly experienced copywriter and PR professional, but he left school with no formal qualifications at all.

In fact, when Dave was at school his teachers told him he was ‘good with his hands’ and that he should look to earn his future living by working with wood.

So how did Dave become the fine copywriter he is now? His story is interesting – and illuminating.

Ignorning the carpentry advice, Dave became a motorcycle mechanic. One day, a friend asked him to write a brochure for a new business.

Somewhat surprised to be asked, Dave quoted £200 for the job. The friend agreed and a week or so later Dave mailed off the copy.

A cheque and an effusive letter of thanks arrived soon after that. Dave was amazed and delighted. He had discovered copywriting and right from there, his career kicked off.

Dave and his fellow copywriters put words together so that they can do a practical job – selling, convincing, persuading, intriguing, etc. Whatever the identified purpose is.

I am absolutely certain that Dave could knock out a damn fine poem or short story if I asked him to. But I’m also sure he’d ask me for appreciably more money than £200, so I think I’ll leave that one to conjecture.

Interesting story, though, isn’t it? Among many discussion points is this one: do we succeed because of our schooling, or in spite of it?

What are your thoughts?

Stay in touch, with BestBits

Subscribe to BestBits for tools, tips and regular updates and developments in the world of marketing and PR.

Keep up to date with news, information and updates from the world of PR and marketing comms.

Send us a message or request a free copy check »

Is your copy easy to read? Get a free, no-obligation copy check »